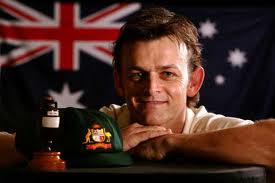 Then he moved with family to Lismore, where he start his cricket career. He captained the Kadina High School cricket team and selected for the state under-17 team and he performed well as a result he was selected to the national team.

He married his school friend Melinda. He have three sons, Harrison, Archie and Ted, and a daughter, Annie Jean.

Gilchrist is one of the gentle cricketer who walks out when he considers himself to be out.

You may like...
Junko Tabei - First woman to reach Mount Everest

Junko Tabei is a Japanese mountain-climber, reached the summit of Mou...